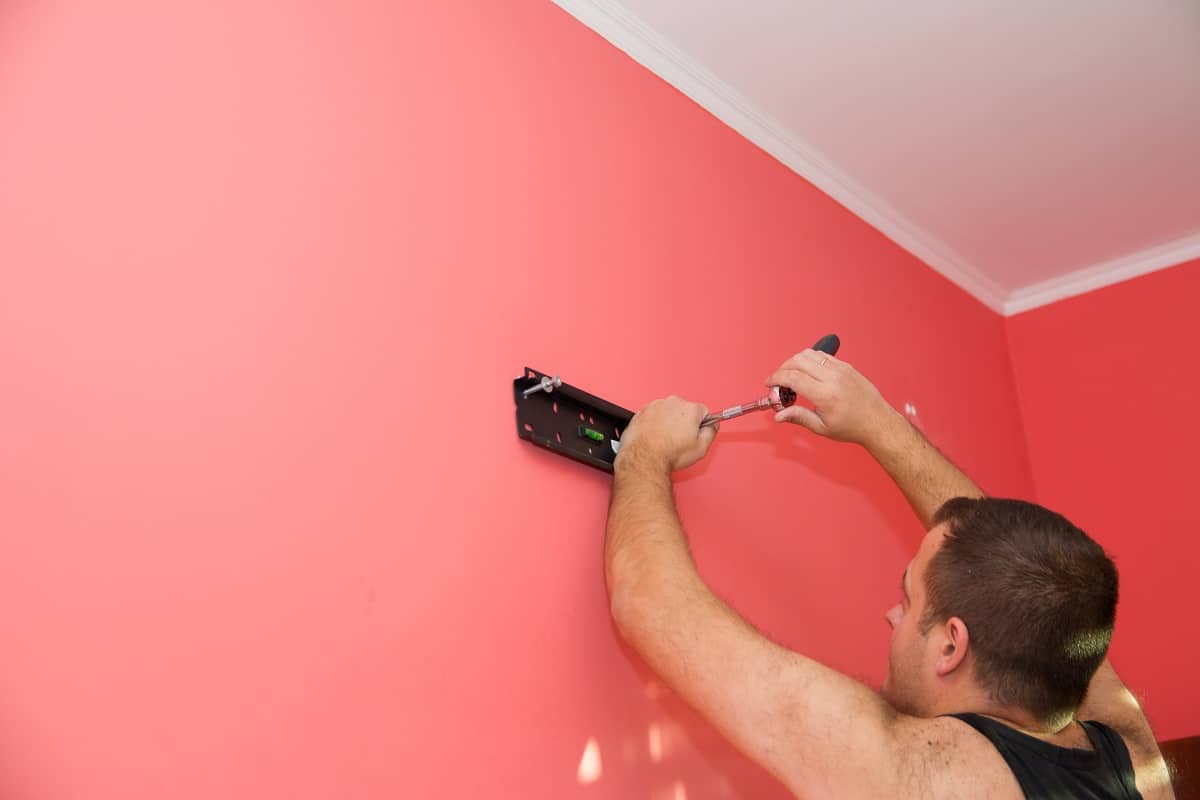 We're an affiliate We hope you love our recommendations! Just so you know, we may collect a share or other compensation from the links on this page. Thank you if you use our links, we really appreciate it!

You have just purchased your new flat-screen TV and want to mount it on the wall. While it may seem like a simple task, it is not as straightforward as it may sound. Many people think it’s just about drilling four holes and fixing the TV mount on the wall.

Well, this might be the case for houses with a wooden finish and they are very few in this country as compared to the ones made or finished with concrete.

The next thing after the idea strikes is how to find studs in wall for TV mount. If you are wondering what a stud is. It is a vertical timber that is joined with others to form the house frame. The plasterboard is then nailed to it. By the way, I’ve just given you a hint on how houses are made.

There are several ways of finding studs though they differ on accuracy. Let’s have a look at the several techniques you can use to find studs in your home if you are stuck here. Some might seem old fashioned but they get the work done.

Finding studs is pretty easy for individuals who have witnessed the construction of their houses, unlike their counterparts who chose to buy homes. Individuals who are conversant with construction standards such as civil engineers can usually locate studs without using any tools.

This is one of the most reliable tools that will consistently help you to accurately identify the position of studs. There are two types of stud finders and both work pretty well.

This gadget’s technology detects changes in the wall width. It will help you discover any stud whose drywall width does not exceed 1.5”. An electronic stud finder is faster and accurate in case you have drywall.

Using this device is quite easy and direct. You calibrate it by positioning it on drywall and then activating it. The device indicates it’s calibrated or whether you should try again.

As its name suggests, this tool uses magnetic strength to detect metals. It is assumed that either nails or screws used to fix the drywall to the studs are metallic and therefore, we use them in this technique. However, it is good to note that this tool is less effective and thus if you are looking to buy a stud finder, add a few bucks and get yourself an electronic one and you will not be frustrated.

The efficiency of this device is reduced by the fact that it detects metal pipes and copper wiring. For this reason, it is advisable to use another technique along with the magnetic stud finder for confirmation.

This is something that you have done again and again since childhood without knowing that it will one day come in handy when trying to figure out how to find studs in the wall for a TV mount. You simply tap on the wall slowly and distinctly. While places without a stud will produce a hollow sound, a solid sound will be produced when you tap on the stud.

To increase the effectiveness of this method, always start from one point. The best way is to start 16-inches from the corner. This gap is the default distance that separates studs and thus it provides a perfect approximation point. 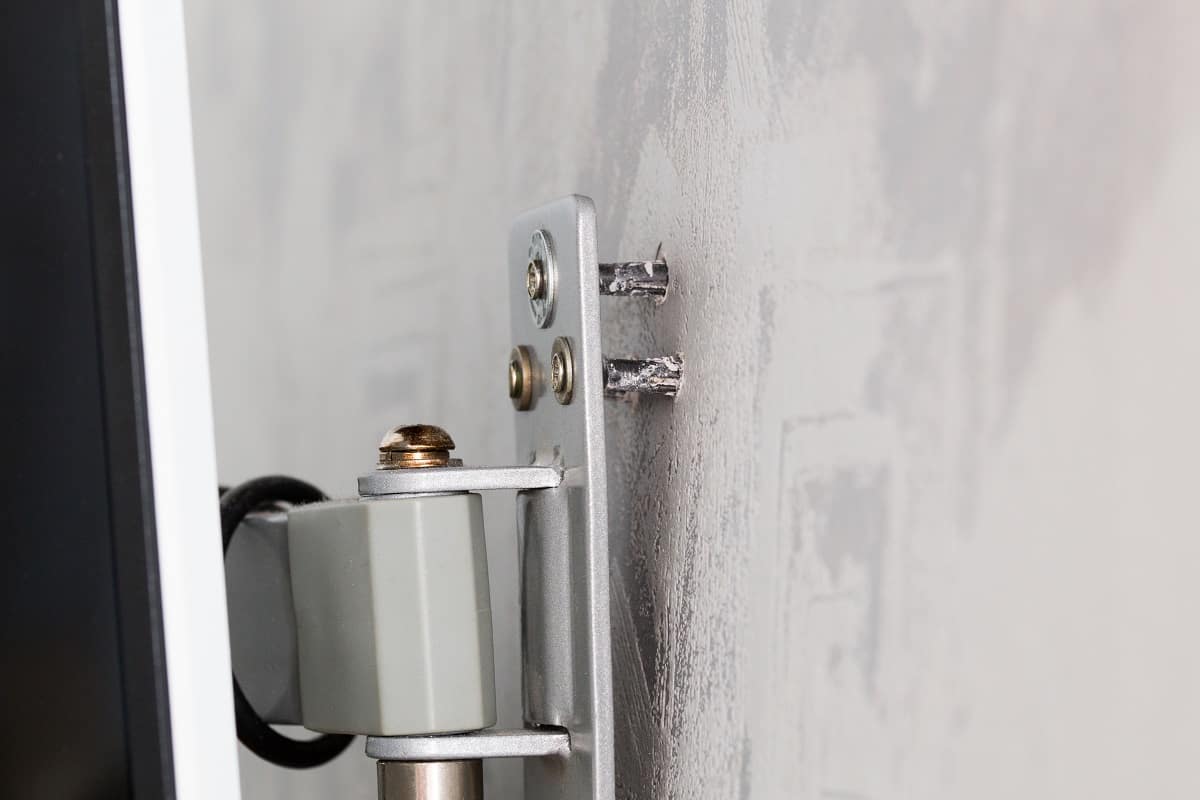 It is often the case that one side of an electrical box is mounted on a stud. With this in mind, you simply open the electrical box and employ the tapping technique inside the box. It is easier to detect where the stud is this way as compared to tapping on the walls. Please make sure the power is switched off if you are going to open any electrical outlets!

After identifying which side is mounted on a stud, measure about ¾ inches away from the switch opening and use that as the starting point to determine the other studs, usually located at 16-inch intervals.

Here you look at the trim running along the bottom or top of your walls. You precisely look for any fasteners which may have been used to secure it to the studs. The nails or nail holes may not be seen because they are filled with caulk and coated. You will need to try to spot imperfections on the trim to identify the location of a stud.

This is probably the most technical and tricky method to find studs in wall for TV mount. Don’t try this if you do not fully trust your eyes. All you have to do is shine the lantern on one edge of the wall so that it’s lit. Look for any depressions or bumps where nails or screws are fixed firmly into the plasterboard. If you locate any, that’s the point where the plasterboard and the stud are attached.

Alternatively, you can use a torch in place of a lantern. Nevertheless, this method is less reliable and in case you employ it, you need to use another technique to avoid wrong identification which results in drilling numerous holes in your wall.

He who laughs last laughs loudest. This one is in most cases the last result. If you get it wrong in all the other methods, this is where you will find solace and trust me you won’t fail. Make a small hole on the wall using a nail. Then, bend a lengthy wire to assume a letter ‘L’ shape. Drive one end of the wire into the nail hole you made and turn it either clockwise or anticlockwise. When you feel the other side of your wire has touched something, then it is the stud you are looking for.

How to find studs in wall for TV mount has never been this easy. You can’t fail to find a single stud with all these methods at your expense. To get the best result, use several techniques. Finding studs is a frustrating task which we’ve just solved above and what is left is following the manufacturer’s manual to successfully finish the installation.