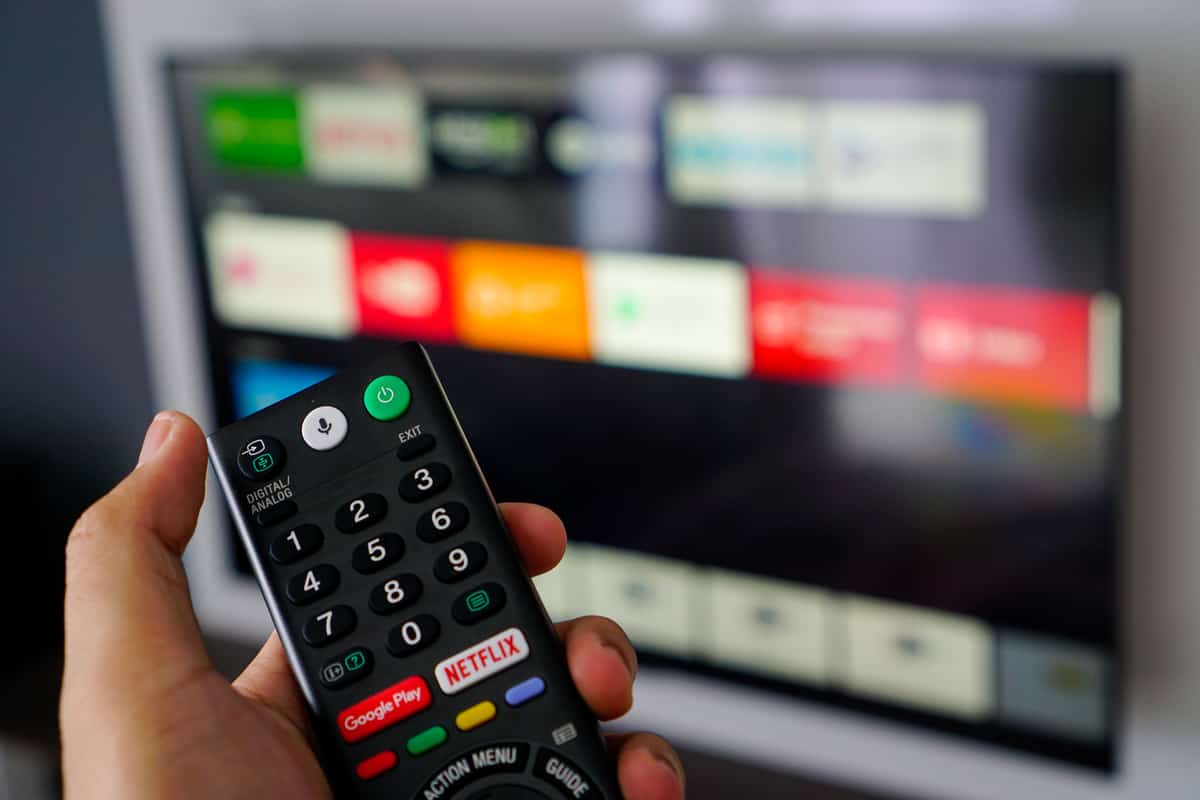 Have you recently decided that you want to mount your Sony flat-screen TV onto the wall but you aren’t sure how to get started? Fortunately, the task isn’t that difficult once you learn a few basics. Since the brackets you’ll need always come with excellent installation instructions, it will be easier than you think to get everything set up in no time.

One of the first things that you’ll notice is the number of wall mounts that are “VESA-compliant.” The Video Electronics Standards Association (VESA) sets standards for TV wall mounts and other electronics products. In the case of TV wall mounts, there are a variety of patterns when it comes to the holes on the product itself and they are a certain number of millimeters apart. If you match up the mount to a TV set that has the same VESA pattern, the set will be much more secure after installation. 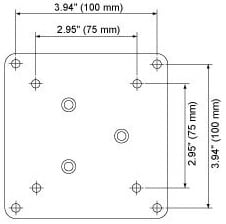 VESA standards are set for two reasons: to help you match up the wall mount with the television set and to keep the structure safer and more secure once it’s installed. You will also hear terms such as “100×100” and so forth, which means that the screw holes are arranged 100mm apart in a perfect square. Fortunately, the holes are clearly marked; therefore, installation should be much simpler.

It is also good to know that many wall-mount products are made to accommodate a variety of television sets. Of course, checking both the mount and the TV are important so that the two items match up and won’t be difficult to install. Let’s face it; you want this to be as simple as possible for you!

Now that you know a little about how to purchase the right wall-mount TV brackets, let’s move on to some of the companies that make these brackets. Companies such as Sony and others can be trusted to produce a high-quality product that lasts. If you need a starting point before heading out to the electronics stores, below are some of the most popular models of their wall mount TV brackets.

Okay, let’s start with a basic wall mount that will run you less than $60. This wall mount allows you to install your TV set flush to the wall, providing a much neater and cleaner look for your living room. Thanks to the U-bar and lateral shift bracket, the TV set will be much more secure when installed. It even allows you to lift up the lower part of the television if you need to plug in cables or USB devices.

Made specifically for the X930D/X940D series of television sets, the SUWL810 wall mount allows you to hang your TV as you would a work of art — flush to the wall and calling attention to itself so that others can enjoy its beauty. When you utilize wall mounts for your television set, you not only get a more organized look for your living room but it allows you to get a lot of extra floor space as well.

Best of all, you’ll love how simple it is to install even if you aren’t the most tech-savvy person in the world, thanks to the PDF instructions included in the package. This is a great general wall mount that works great and is so reasonably priced that it won’t break anybody’s budget, which is one of the many reasons why it is so well received.

This wall mount is made for TV sets between 32 and 60 inches in size and can accommodate sets weighing up to 120 pounds. Although it doesn’t keep the set flush to the wall, there is only about a one-inch space between the brackets and the wall. It is super easy to install. The WM60 has a unique wall plate design that can support lateral movements up to 13 inches, making it a pretty versatile piece of equipment.

This is such a sturdy wall mount that the cable harness was tested up to 500 pounds. It will accommodate some of the thinnest TV sets on the market. Better still, it comes with all of the hardware that you’ll need to install it quickly even if you aren’t exactly an engineer! If you want your large, flat-screen television to complement your living room area, you need the WM60 wall mount by Sony.

The Proforma “Gallery”-style TV wall mount is so easy to install that if you are able to hang a picture on your wall, you can hang this wall mount! And, at under $30, it is by far one of the least-expensive wall mounts on the market but don’t let the low price fool you. It is still a high-quality, reliable wall mount that you can purchase with full confidence every time.

Made specifically for the A8G/A9G OLED television set, you can get the set flush to the wall with this extra-reliable, sturdy wall mount. Although it is a little pricier than other wall mounts made by this company, it is a great-looking product that provides a variety of unique benefits, one of which is its ability to swivel both right and left so that you get the perfect angle every time.

To make installing the mount a lot simpler, it comes with a lateral shift bracket and a magnetic lock system so that you’ll always know that you’re installing it correctly. Amazingly, despite its sturdiness and expert quality, the mount weighs only one pound and is therefore lightweight enough for you to install it and maneuver it with ease.

Because it is made to work with only certain models of Sony TVs, it is recommended that you double-check the instructions before you purchase it to make sure it will accommodate your particular set.

If you need access to the back of the television for some reason, it is easy to get to because the wall mount extends forward to make the task super simple. It moves side to side, not up or down, and both its installation and its use are easy for anyone to understand. This is not a TV wall mount bracket that requires you to be an engineer or even on the tech-savvy side!

Made specifically for TV sets that are 32 to 55 inches in size, this wall mount can accommodate LED, LCD, and plasma televisions with VESA patterns up to 750×450. It can tilt 15 degrees in either direction and swivel 60 degrees from side to side. It can also accommodate television sets that weigh up to 175 pounds and is made out of heavy-duty cold steel and a powder-coated finish in a neutral black color.

If you’re not interested in getting a TV wall mount that is flush with the wall, this is the one that you want because it can extend from 5 to 20 inches away from the wall, which helps you view the television from many different angles. Super easy and fast to install, even for those who are technologically challenged, its complete easy-to-understand instructions can have you watching your newly installed television in no time.

Another one of the many benefits of choosing this wall mount is the price. For just under $80, it is affordable to nearly everyone, making it easy to install your TV set on your wall without breaking the bank. In many instances, you can choose to have it installed for you by paying a small fee but most people find that they can install it themselves without any trouble.

When you see the price of this wall mount — a little under $80 — you’ll likely assume that it isn’t of the highest quality but you’d be wrong. This little gem offers advantages that include compatibility with LCD TVs, a free HDMI cable, and everything you need to make sure that it is installed properly and securely. The HDMI cable is a six-foot, 1080p, male-male cable that means that you won’t have to run out and buy one yourself.

This wall mount can tilt up and down 15 degrees and swivel 60 degrees side to side, making it great for those group TV-watching parties with friends and neighbors. It extends out from the wall up to 20 inches so it offers a lot of versatility when it comes to viewing your TV set at different angles. This is a very versatile and reliable wall mount that you’ll forget is even there once it’s properly installed.

Some TV sets made by Pioneer and Sharp are not compatible with the system but as long as you research which sets are and are not compatible before you purchase your unit, you’ll be fine. Other than that, this wall mount accommodates numerous plasma and LCD flat-screen television sets that weigh 175 pounds or less.

Indeed, this is one of the top-selling wall-mount sets sold by Sony and it won’t take you long to figure out why. It measures roughly 19 x 11 inches and comes complete with an easy-to-understand user manual and all of the hardware that you’ll need to install it properly and securely. It is also made out of heavy-duty steel and comes in a black powder-coated design for extra longevity.

Top 2 Sony Wall Mounts: What Are They?

So we’ve reviewed a bunch of Sony wall mount systems for your flat-screen television sets but to narrow it down even more for you, below are the three that we consider to be the best:

Proforma WM60 Wall Mount: Although priced at under $30, this is a top-notch wall mount that can accommodate television sets up to 60 inches in size and weighing up to 120 pounds. It keeps your TV set roughly one inch from the wall, which means that the set is almost flush with the wall, and it is specifically made to accommodate some of the thinnest TV sets on the market. Since TV sets these days keep getting bigger and more powerful but thinner in size, this is a great feature to have in your wall mount bracket!

SU-WL855 Ultra-Slim Wall Mount: One of the reasons why this one is so special is its ability to extend forward to make it easier for you to get behind the television set if you need to — not just the side of the set but also the back of it! It is made specifically for the A8G/A9G television sets so it is not compatible with just any set you own; still, if you own these versions of the Sony family of TV sets, this ultra-slim, flush wall mount is not only sturdy and efficient but it is aesthetically appealing as well. It is a bit pricier than other wall mount sets; however, it has complete swivel capability to allow you varying viewing angles and many other features you’ll soon learn that you can’t live without.

Now check-out how to install it with
B The Installer